Chris Shahin is a musician and teacher based in San Jose, California. Like many teenage boys, Chris grew up listening to the classic rock guitar heroes but always had an ear and love for jazz and instrumental music. Inspired by several friends, especially the late great Andy Mazzilli, he began to study classical guitar with Randy Osbourne and later studied with Jazz fingerstyle master Tuck Andress. After graduating from San Jose State University with a BA in Music, Shahin realized he needed to pay the bills and began teaching music while playing and composing his own instrumental music. He quickly realized that he loved teaching others how to play. 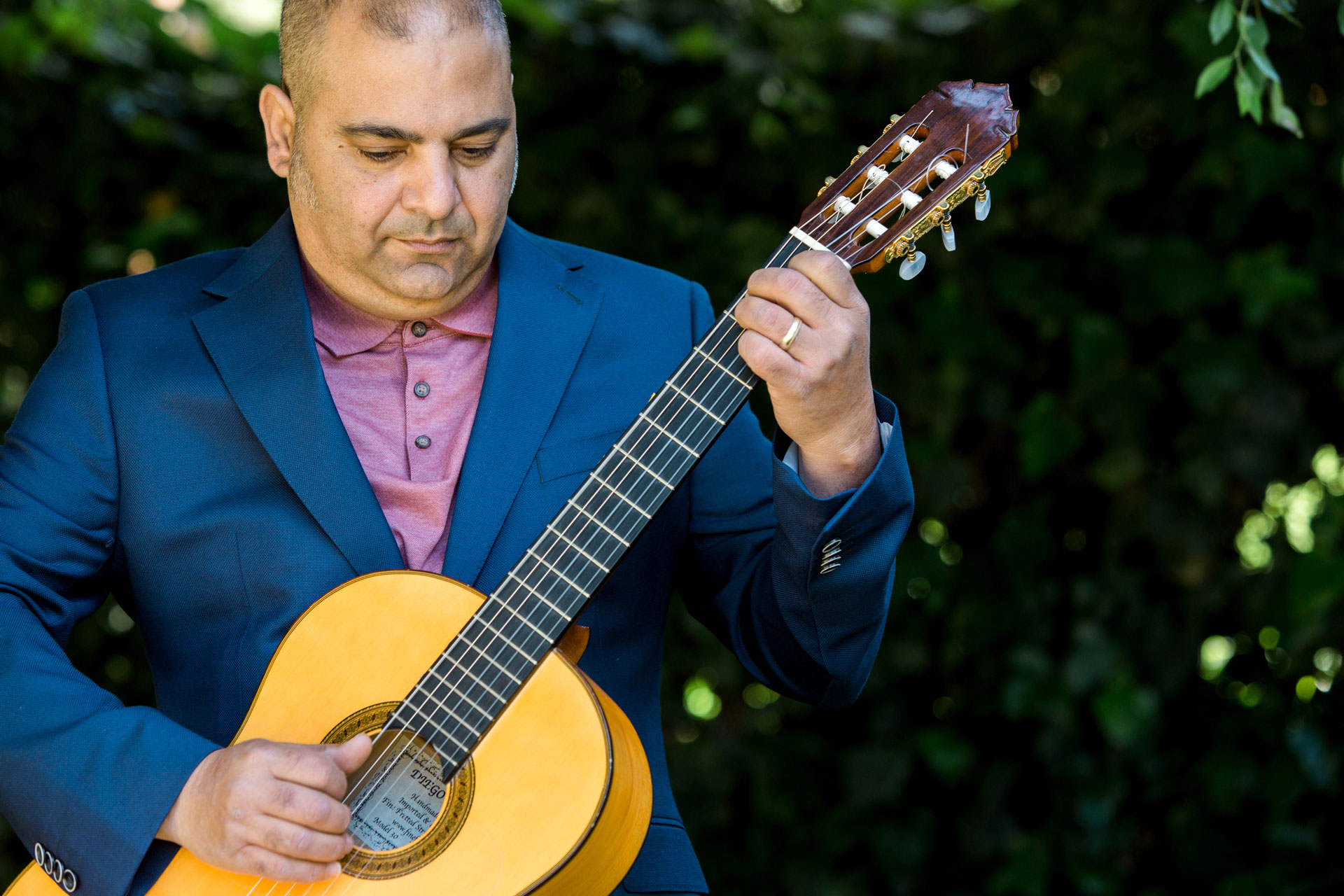 He founded and runs SJG School of Music and he makes time for his own musical pursuits as a solo guitarist and with The Chris Shahin Band. He was featured in Guitar Player Magazine’s spotlight column, and has played his music on radio and television. “I enjoy playing guitar  more now than ever; I continue to regularly practice and compose and have lately been getting into the playing styles of Chet Atkins, Merle Travis, Jerry Reed and Tommy Emmanuel,” says Shahin.

In 2014 Chris released Sanctuary features Sally Dalke on Violin and John Shifflett on bass. It is an all-acoustic guitar album which draws heavily on his classical guitar roots.

2020 starts with the release of Lifesong an album Chris calls “The most eclectic  nylon-string guitar album ever.”